‘The Weight of Living’ to be released April 25

Posted on January 4, 2017 by michaelstephendaigle

My publisher, Imzadi Publishing, has announced that the next Frank Nagler mystery, “The Weight of Living,” will be released April 25.

My thanks to the Imzadi crew.

What is exciting is that that this will be one of four new books released by Imzadi this spring. It is great to be a part of a growing enterprise.  For information, visit www.imzadipublishing.com.

The release date is a little distant, so, in the meantime, consider these other events that occurred through history on April 25.

In 1507, the word’ “America” was first used on a map by a German cartographer.

In 1684, the patent for the thimble was issued.

In 1928, a German Shepherd named Buddy was introduced as the first Seeing-Eye dog.

In 1954, Bell Labs showed off the first-ever solar panel.

In 1983, NASA’s Pioneer 10 sailed beyond Pluto into the universal netherworld. 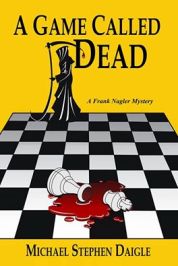 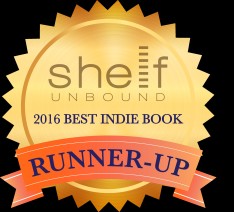 “The Weight of Living” presents Ironton, N.J. Detective Frank Nagler with a simple puzzle: Discover the identity of a young girl left in a Dumpster on a cold March night. She is deeply withdrawn and does not speak to anyone.

The search leads Nagler into the dark and troubling past of a New Jersey family, and puts him in contact with a figure from his past whose apparent lies and actions only deepen the mystery. Information about incidents in Georgia and Nebraska complicates the search and, Nagler understands, endangers the young girl.

The search also presents Nagler with an existential crisis as his companions and friends become targets of the vengeful killer.

“She seemed hollow, the girl did.  Breathing, hearing, touching, but absent.  Small, dark dots sunk into an ashen blank face, eyes impossibly dull for someone so young, eyes that stared straight ahead at the faded green wall; hard, eyes so hard that did not seem to register the color of the wall, the brown of the tabletop, the lightbulb above her head or the presence of anyone else.  Robotic. From the police car to the police station and into the back office she walked with slow, short steps, and once in the room without being told, she slipped sideways into the green vinyl chair with the tear in the seat that exposed the white cotton batting inside; the chair that engulfed her, hips too small to fill the worn indentation in the center of the seat as she faced the wall, folded her hands on the table and sat upright.

Her eyes held no light; expressionless, passages not to a dark soul, but to one seemingly hidden or removed; spaces missing life. Eyes not filled with pain, but absence.

Her hair was raggedly cut and filthy, as was her thin, damaged body.  Grime lived in her skin folds, under her fingernails, on and in her skin so deeply its color changed from white to brown-gray; dirt so thick her skin shed water like plastic.” 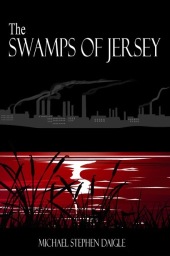 The previous Frank Nagler books are, “The Swamps of Jersey” and “A Game Called Dead,”  which was named a Runner-up in the 2016 Shelf Unbound Best Indie Book contest.

They are available at:

I have been writing most of my life. I am the author of the award-winning Frank Nagler Mystery series. "The Swamps of Jersey (2014); "A Game Called Dead" (2016) -- a Runner-Up in the 2016 Shelf Unbound Indie Author Contest; and "The Weight of Living" (2017) -- First Place winner for Mysteries in the Royal Dragonfly Book Awards Contest.
View all posts by michaelstephendaigle →
This entry was posted in Bergen County Cooperative Library System, Fiction, Hackettstown Public Library, Hot in Hunterdon; Georjean Trinkle, Imzadi Publishing LLC, Michael Stephen Daigle, Mystery Writers of America, Sally Ember, www.michaelstephendaigle.com and tagged " "The Summer of the Homerun", "A Game Called Dead", "The Resurrection of Leo, "The Swamps of Jersey" Imzadi Publishing, "The Weight of Living", New Jersey. Bookmark the permalink.