Posted on June 14, 2018 by michaelstephendaigle

NOTE:  This is what results from a little research into composting toilet systems, recollections of summers on Garland Pond, Maine, and a dip into the pool of Maine story telling traditions. The author can not be held accountable if any part of this seems incongruous.

Well, them buggers down to Augusta finally went too far.

They actually decided it’s up them where a man can do his business in the woods.

Seems there a limit as to how close to a pond that you can relieve yourself. 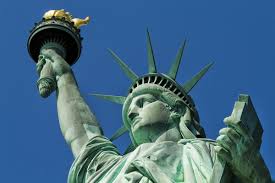 Won’t be nobody left to tell the tale.

So, instead of coming up to the camp that summer for some fishin’ and beer drinkin’, we all had to arrange to move our outhouses.

Now, them outhouses were perfectly fine for decades. Perched, they were over a hole in the ground that was dug without a lot of fancy engineerin’. And I more than once had to instruct my friends and family from away  that they had to move the shovels and rakes out of the way, to make sure they didn’t leave the paper on the floor cause the chipmunks would take it, and that for the sake of everybody else to make damn sure they tossed a handful of wood shavings down the hole when they were done.

Stared down a lot of visitors from  Mass. who seemed to have some cultural objection to the process. Told them there wasn’t much choice. The nearest place with running water was about five miles away at Grady’s over at the big pond, and unless you bought something bigger than a candy bar, he might not oblige.

But if they thought they could make it, we could use a case of beer and more charcoal.

So the edict from on high came down.

Not only did we have to move the outhouse, but we had to install a cement holding tank.

Struck me as odd that the only place in three counties that had a supply of them tanks was down to Rumford at George Handy’s True Value. Drove by the place and the fencing and lawn machines had been set aside for a couple stacks of  them gray, six-by-eight structures. Big enough to live in. Smelled a little, that deal did.  George’s brother-in-law is a legislator who voted for the change, so why would I be surprised that George got a monopoly on the distribution?

Truth be told, I didn’t really have an objection to moving the privy. It had been moved before, especially after one rainy spring when it sort of floated away from the hole.

So after we all got accommodated to the thumb of big government pressing down on us, we got to work.

Now the landscape around the pond is not well suited for much since everything is on a slant, the pond being dug by that old glacier which plopped a chunk of ice as a parting gift.

After you scrape away a few inches of pine needle dander, and a couple more of rooty topsoil, you hit ledge.

And after one enterprising flat-lander tried to dynamite the ledge away and ended up blowin’ up his camp and sendin’ a good slice the mountainside sliding into the pond, the county supervisors  discouraged the use of explosives when relocating the privies.

At the north end of the pond, where the glacier  left behind a lot of sand, them camp owners had a time diggin’ pits, dropping  in the tanks with all the holes for pipes and vents, and went about their business.

But the rest of us, along the narrow road scraped out years ago around a few boulders, had to face the fact that our new structures might have to be  just anchored on the  most level spot we could make.

So while all the anchoring was taking place, a competition broke out, and the summer was spent building some of the fanciest outhouses you ever seen.

Since no one wanted to have some big gray old thing sitting uphill of their camp, they set out painting ‘em. Lot of green ones, naturally, a few done in camouflage, browns and greens and a little yellow and red,  some beach scenes which  really was out of place and got some folks talking about stagin’ a midnight paint intervention to bring back order to the Maine woods.

One guy painted a Red Sox logo on his, and then when he sold the camp to a New Yorker, it was replaced with a Yankees logo. We hoped the next camp owner wasn’t a sports fan because that was just too much change for us.

All we was looking for was a quiet place to do our business while readin’ a couple pages in the yellowed and chipmunk chewed Farmer’s Almanac from 1983.

But higher they got, which ain’t hard when you start four feet off the ground.

A couple English castles, a boat cabin or two, a 1964 Mustang, which actually was a thing of beauty,  I have to admit. A couple with two stories and windows,  one with a widows walk and spyglass, and an Egyptian pyramid.

Then it got ugly.

The politics showed up.

Some Texan on the south end had already pissed us off by buying out a couple camp owners on either side and replacing  their log cabins with a three-story  mansion. We think he was the guy who poisoned the loons. Bad enough he ran that loud thirty-five footer at all hours, but we tolerated that.

We had for years listened without a loud public complaint when Jerome Anson played “Reveille” at six in the morning when the pond was dead quiet,  and for entertainment blew off a little cannon. He stopped that after he nearly sank Jake McGill’s canoe with Jake in it.

Jake was fishing that particular foggy morning and was nursing a good-sized bass into his net when that shell whistled over his head and he dropped the pole, the net and of course the fish, all the while managing not to dive headlong into the cove, which with its rocky bottom wouldn’ta  done him no good.

We all awoke that morning to Jake givin’ Jerome some holy hell, for sure.

It might have been the Confederate flag that got Eugene riled up. Not just a little, regular flag, but something ten-foot across. The Texan hung the damn fool thing on a flagpole atop off his stone outhouse.

Now Eugene was a woodsman, a modest, hardworking man, whose family had settled the region after we won it from England.

He had family in all the wars, and they left headstones decorating graveyards from Yarmouth to Greenville. Gene had an uncle who was hero at Gettysburg, repelling any number of Rebel charges.

The way it was told, Eugene politely asked the Texan to remove the Confederate flag and the Texan kind of waved his check book at him and said he’d buy out Eugene if he had a mind to.

Some teens, it was told, burned the rebel flag and the Texan forced the  county sheriff  to investigate. The sheriff decided it was lightening. There was a bad storm or two that summer and a few dry spruce did explode.

Not sure what tipped old Eugene.

Might have been the barbed wire, and the wooden gate across the road.

Eugene lived the opposite side of the Texan’s compound, just past the stone outhouse. One of the camps the Texan bought but left standing was on the lakeside of the road and he ran barbed wire around his property and installed a gate where the two camps opposed each other, just like some detention center.

Gene had to wait each time he went to his camp for someone to open the  gate.

We think it was the flags that drove the Texan out. American flags of all sizes. Hung from trees, poles, nailed to the side of camps and sheds and outhouses, just a wave of American flags, a line of them leading to his camp that he had to pass under each time he went in and out. Outnumbered that single Confederate flag by a long shot.

It might also have been the sugar in the gas of his trucks, the sand in the gas on his boat, the little knife-cuts at the water line of his vinyl kayaks.

Or it might have been the time that he came back after a week or so out of camp and found windows shot out.

But he left. Boarded up that mansion and never came back.

In celebration or something, someone rearranged that wooden mess into a tall nearly perfect replica of the Statue of Liberty, including a white light that rotated and cast a pretty glow across the lake on those deeply golden sunset nights.

It was said that the light was powered by an old  Jeep that Eugene had hauled in and stored in what might have been an improper expansion of his camp – just a foot or two at a time, painted red to match, so no one really got a good look – but we never asked.

Now all of this took place in the past  and no one kept any records and most of the camps have changed hands a couple of times, so there’s no way to accurately detail it all.

But it’s said that if you slide your canoe through the half-hidden rocks at the south end of the pond, and the light is just right, among the new growth of spruce there’s a wooden arm holding a torch that might look  familiar.

That said, if anyone tells you a tale that says it is the absolute truth about anything, you might be a fool to believe it.

I have been writing most of my life. I am the author of the award-winning Frank Nagler Mystery series. "The Swamps of Jersey (2014); "A Game Called Dead" (2016) -- a Runner-Up in the 2016 Shelf Unbound Indie Author Contest; and "The Weight of Living" (2017) -- First Place winner for Mysteries in the Royal Dragonfly Book Awards Contest.
View all posts by michaelstephendaigle →
This entry was posted in BooksNJ2017, Fiction, Greater Lehigh Valley Writer's Group, Hot in Hunterdon; Georjean Trinkle, http://www.sallyember.com, humor, Imzadi Publishing LLC, Michael Stephen Daigle, Mystery Writers of America, www.michaelstephendaigle.com and tagged "A Game Called Dead", "The Resurrection of Leo, "The Swamps of Jersey" Imzadi Publishing, "The Weight of Living", "Who shot the smart guy at the blackboard?", Anita Dugan-Moore., Audio books, Frank Nagler, Independent Press Award, Ironton, Kirkus Reviews, Lee Alan, Maine, Royal Dragonfly Book Award, Shelf Unbound Indie Book Awards. Bookmark the permalink.