Saying thanks when hard work paid off

Posted on December 5, 2019 by michaelstephendaigle

The hardest part of writing at times is knowing too much.

In the case of THE RED HAND, the Frank Nagler Mystery series prequel, that was surely the case. I had written three books about Frank Nagler, Ironton. N.J., and set out to write the fourth.

I had a choice – Go forward, or go back and examine the story from the beginning.

I went back, deciding answering questions about the past would help the series move forward.

That’s went it got hard. 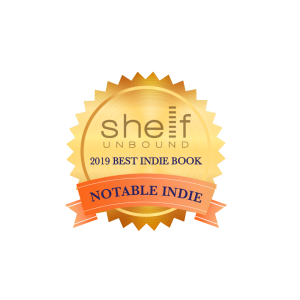 I knew too much about Frank and the town and the story that needed to be told.

And it showed up in the writing, which was flat, predictable and boring. 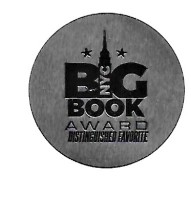 There is this: If as a writer you are bored with what you are putting on paper, the reader will be, too.

So, I started over by beginning the story in the middle.

It gave me as the writer and Frank Nagler as the detective, puzzles to solve.

The result was a book that readers said they like and it captured some awards. (Three of the four Frank Nagler books have received awards. But you’re not supposed to brag about that, because I’m just telling stories. Think of it as marketing.)

Awards are icing on the cake, especially when they come from contests that are judged blindly. Entry in to them is also a way of expanding the audience. 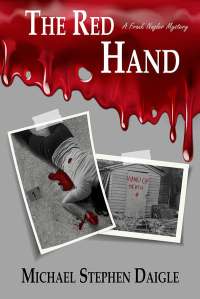 Unexpected, was this line from a review from Kirkus Reviews: “A winning origin story for one of modern fiction’s expertly drawn detectives.”  (Full review: THE RED HAND.)

Pick me up off the floor.

Gonna tape that to the computer screen for those days when writing is like pulling teeth without Novocain.

Thank you, Kirkus, and to all the reviewers and readers.

THE RED HAND STORY: It’s the time of pay phones, fax machines and piles of paperwork.

And in Ironton, N.J., nine women have been killed, their deaths played out over months as fear grows in the city.

Into this scenario is newly-minted Detective Frank Nagler, eager to take on the task of finding the killer, but daunted by the description supplied by the medical examiner: “What we have here is an experiment in death.”

“The Red Hand” is a prequel to the award-winning Frank Nagler Mystery series. Among the characters we meet are Charlie Adams, a teenage hoodlum and Martha Nagler, Frank’s wife, whose love carries him through the bad times ahead.

Can an old-style detective story capture a modern audience?

It can if it is filled with characters that resonate, has a love story for the ages, settings that carry weight and is layered with issues that raise the story above the everyday.

Women are missing. Missing would imply a willingness to leave.

Women are not missing: They were taken. 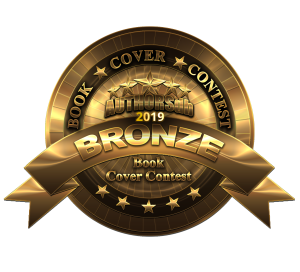 And named a Notable 100 Indie Book in the 2019 Shelf Unbound Indie Book Contest.

Also graphic designer Anita Dugan-Moore of Cyber-Bytz.com for Imzadi Publishing, was presented a Bronze Medal for the cover by authorsdb.com. It was her third such award for Frank Nagler covers. I’m am so lucky to have her designing the book covers.

4 Responses to Saying thanks when hard work paid off