“The Weight of Living:” Jimmy Dawson and the echo of great reporters

Posted on October 29, 2016 by michaelstephendaigle

One of the main characters in the Frank Nagler series of mysteries is reporter Jimmy Dawson.

While I had a long career in newspaper, Jimmy is not me. He, in fact, came to life a decade before I ever worked for a newspaper, and was an outgrowth of a character in an incomplete novel, “Welcome to Gokey Manor,” written (and abandoned) in my 20s. Although it is still in an envelope beneath my desk, calling out for fresh air.

Dawson has all the characteristics of the great reporters I worked with, all of whom possessed better skills than I, and in whose shadows I worked.

It is important to remember those folks at a time when the so-called industry leaders are killing off what left of the industry. 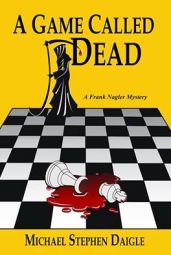 One of those reporters was Marie Howard,  a bulldog reporter for the Waterville (Maine) Morning Sentinel. She died a few years ago on her farm in Maine. May she rest in peace.

A story that Marie discovered and brought to me as her editor is one of the sources for the next Nagler book, “The Weight of Living,” now awaiting approval from my publisher, Imzadi Publishing.

Briefly:  A local law enforcement official announced one day the guilty pleas of a dozen suspects in what he called a child sex-abuse ring. It was sort of a big deal since at that time in Maine there had been few such cases.

Marie reported the story and we all moved on.

About a year later, she got a call from one of the investigators in that case telling her that everything the officials had announced was wrong. The case, he alleged, was about a family that had engaged in generational incest, and the victims were young female family members. The source suggested that he had material that would show that the cover-up of this case would reach into the highest levels of county law enforcement.

This source, whom we all knew as an experienced investigator, had retired early and moved out of state once he started asking questions about the case, claiming that he was being harassed, including damage to his vehicle and his home.

Marie and I took the story to our managing editor, Davis Rawson, perhaps the best journalist I have worked with, and he agreed to back our efforts and cautioned we keep the story under wraps.

How good was Rawson?

In one instance  Marie had come back from an interview at the office of the law enforcement official steaming mad. During the interview, which was just she and the official, she heard a cough, and neither she nor him coughed.  Turned out a state official was listening on the phone unannounced.  Rawson picked up a newsroom phone in front of the entire staff and laid into the law enforcement official. 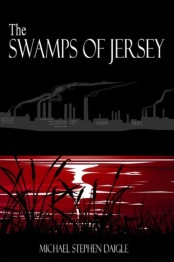 The call had two purposes:  One to chew out the official, but also to warn the reporter who had leaked news of our story to local cops, that we knew about the leak.

There had been hints:  A correspondent from a different county was told by a fire chief she had known for 30 years he was no longer allowed to speak to Morning Sentinel reporters on orders from the county district attorney.

Then, a reporter who was growing pot for his own use, found his house raided by State Police who marched exactly to the closet where his two plants were growing.

He paid a fine for possession. But the question remained:  How, unless they had been tipped off, did they know exactly where the plants were?

The thought made us all a little paranoid and we all drove home at night very carefully.

In the last incident, and this is the one I use in the book, Marie was arrested and charged with leaving the scene of a property-damage car accident after she had pulled her Toyota out of a parking space where it had been jammed in by two large pick-up trucks.

Her defense in court was that this incident was part of a law enforcement conspiracy to get us to back off a story about a police cover-up.

The judge actually agreed, but had to fine Marie $50 because she admitted leaving the scene. The judge then waived the fine.

In the end, the story ran in a deeply edited form because the publisher and the paper’s attorney hacked it to pieces. We thought at the time that the publisher, known to be a friendly drinker, had been threatened by the cops. Sadly we had not even scratched the surface of the investigation and had some hints from cops outside the county that we were on the right track.

The other source I use in “Weight,” is a haunting remark made by the investigator about one of the victims: She was being treated “to recreate her personality.”

Here is the scene of Marie’s car escapade that I recreated for Jimmy Dawson:

Dawson leaned his elbows on the table and cupped his eyes with his palms before scratching his head vigorously.  Bobby brought him a cup of coffee.

“Yeah, Trenton City Jail.” He scratched his nose and ran his tongue over lip dry lips.

“What the hell for?” Nagler asked. “Why didn’t you call me?”

Dawson slurped up some coffee. “They gave me one call, so I called an attorney.”

“Okay. I don’t get it.  Do you have hundreds of speeding tickets or hit a mother and her child while they were crossing the street?”

“Naw,” Dawson said bitterly.  “Remember that day we left Barry’s and my car was boxed in by two large pick-ups?

“Someone issued a warrant saying I left the scene of a property damage accident that caused thousands of dollars in damage to the two trucks.”

“That’s bullshit. No offense, but your car doesn’t weigh as much as one of the bumpers of one of those trucks.”

“Tell me about it.  I took photos, Frank. There wasn’t a smear of paint or chip of chrome out of place on those trucks.”

“Why three days in jail, and why Trenton?”

“I was in the capital doing some research at the treasury department. They pulled me over for a bad lane change. I know, right? Late Friday, took them a couple hours to shuffle all their paper work. Let me make the call on Saturday when my lawyer was in Philly for a family weekend and he called back late Sunday.”

“Who issued the warrant?”

Nagler dropped his head back on the top rail of the chair.  How much more screwed could this thing get?”

If you have not read the first two Nagler stories, they can be found here: