Posted on May 24, 2018 by michaelstephendaigle

In its way, the book is a cry for light to be shed on those thing that can be defined as truly American, beginning with our most famous declaration: “All men are created equal.”

From out modern cynical viewpoint that declaration comes under attack because it should have said: All men, women, blacks, natives, LGBT, tall people, short people, coffee drinkers, tea drinkers, abstainers, lefties, righties, the born, the unborn, and so on.

And, oh, the Founding Fathers were slaveholding rich white men; not all, but yes, most were, especially the Southerners. 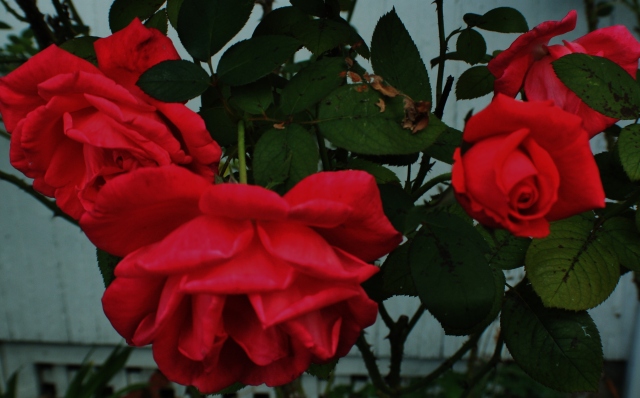 No. They were men of their times, and human, McCullough said.

They created, he reminds us, a government that is based on the will of the people, the first-ever such declaration.

But what the Founders importantly understood is that ideals have a certain permanence, but not a rigidity. Thus: A more perfect union. Not a perfect union.

They also understood that if ideals have a permanence, politics is temporal.

And yet, it is the steady grinding of politics that produces the more perfect union: The end of slavery, women’s suffrage, laws to advance civil, voting and marriage rights, among others.

The timeline of human progress has always been toward more freedom, more tolerance, more liberalism.

Does that change us automatically into a loving, welcoming people?

But it raises the bottom.

We still spew hate, are suspicious of strangers, demand attention.

But we try to be better.

One of the interesting shows on the Travel Channel is created by Andrew Zimmern, chef and food author. While his enthusiasm for cattle testicles eludes me, his shows for the most part are about the egalitarian nature of food.

His best shows venture into The Bronx, Philly, Texas, the Southwest and foreign and U.S. cities to to show how food cultures are transported across political boundaries.

His best shows trace the culture of food in sprawling historical arcs, like the shows on the Erie Canal, the Lewis-Clark expedition, to Cajun country in Louisiana and visits to Arizona and other Southwest cities that show the influence of Mexican and Native American food on our diets. He highlights groups who have turned back to the traditional food preparation methods and how they influence a modern approach to historic cultures.

The programs show in not so subtle ways that being  American is a by-product of being a citizen of the world, and that all the temporary political noise does not erase that.

Three quotes from McCullough’s book highlight his theme: That while we falter from time to time, there is a piece of this grand American experiment that persists.

The first is from the great Maine U.S. Senator Margaret Chase Smith, the first of her Republican Party to stand up to Sen. Joe McCarthy.

The second quote is from President Ronald Reagan, in his inaugural address: “How can we love our country and not love our countrymen? And loving them, reach out a hand when they fall, heal them when they’re sick, and provide opportunities to make the self-sufficient so they will be equal in fact and not just theory.”

The third is McCullough’s introductory conclusion: “Many a time I have gone off on a speaking date feeling a bit down about the state of things and returned with my outlook greatly restored, having seen again and again long-standing American values still firmly in place, good people involved in joint efforts to accomplish changes for the better, the American spirit still at work.”

The lines we draw are for the most part imaginary and temporary. We cannot let them become permanent.

That is our challenge.