The evolution of the Frank Nagler Mysteries: A couple samples from early versions.

Posted on May 17, 2019 by michaelstephendaigle

The Frank Nagler Mystery series began with a small police blog item in a newspaper years ago.

Soon, I began to write a series of short sketches to build out the story. I must have written four or five, each one adding depth to the original story of a break-in and unknown thief.

Recently my older brother send a package of stuff to his son, and in that pack were two forgotten entries to that list.

I hadn’t seen them in years, but they provided a curious look into how the series took shape. 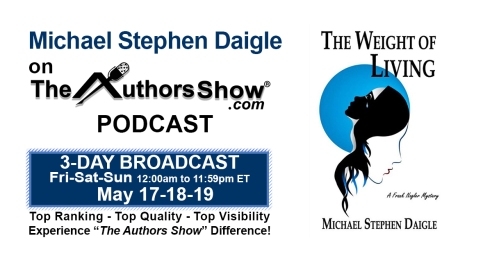 For the uninitiated, the Frank Nagler Mysteries tell the story of the investigations of Ironton, N.J. Detective Frank Nagler. They tell a dystopian tale of the city, fallen on hard economic times, beset by crooked politicians, battered by weather and years of stagnation. Hope dies and crime breeds.

And Nagler persists, carrying the weight of grief for his wife and his city.

In these early versions, Nagler did not exist, but I was surprised to find, the kernel of the decline of the city was greatly evident.

The character who is present is Charlie Adams, who readers know becomes a serial killer.

What’s interesting is the writing. These were composed when I was in my 20s. They are a mish-mash of dreamy thematic descriptions and some not-bad character set ups.

“And how when the river slides along the docks, cool green water, mixing the Chenango and the Susquehanna, how as they merge there is one audible creak, one small twinge of pain, one small whisper that time has come. And why in the gathering of winds do the rattles of loose shutters or the grinding of a broken cornice fill the personless air? Why is it through decay we reason rebirth?”

(Okay, that was painful.)

“The heavy truck lurches to a stop, its load shifting a bit. The engine puffed like a tired ox, long in the yolk. At first the trucks arrived singly, days a part. They would thunder during the day, their loads of red beams shining in the hot summer sun. And at night they would leave almost without a sound…..

…The light changed to green…In two years the new college would be standing. Behind him, framed by his rearview mirrors, the driver could see reflected the old city standing gray and smoky in a late afternoon sun. (Somewhat better.)

And then Charlie Adams: “Yet something great was at war with his physical being. His hands worked fiercely at his hat, his breathing came in deep, strong pulls, slow and deep, then faster and shorter. Suddenly he leaped at the table. “Goddamn all of them! Damn everyone!” His bellow rattled through the empty building. His mind exploded as never before. “All the time laughin’ and pointin. Someday I’m gonna go out and smash someone or something and no one is gonna laugh anymore. Someday they’ll say, ‘yeah, that’s the guy. Yeah, he’s the guy.’ “

What’s important about this version of Charlie Adams is that he embodies the clash that fills the entire series: The clash between the haves and the have-nots. Much of this characterization gets transferred to Frank Nagler as he fights for his city and his life. Charlie over time becomes a megalomaniacal killer, but one who knows where he came from – the wrong side of the tracks – and it fuels his rage.

My interview on The Author’s Show that discusses the series and the last award-winning entry, “The Weight of Living,” is playing continuously for three days. from April 17 to 19. See the accompanying and for details.

The Frank Nagler books are available online at Barnes and Noble, and Amazon.

Look for the new book in the series, “The Red Hand,” coming soon.