Posted on April 27, 2020 by michaelstephendaigle

THE RED HAND, the fourth Frank Nagler Mystery is a nominee for the 2020 Top Shelf Books Awards.

My publisher, Imzadi Publishing, is also offering special pricing for its enter catalogue of ebooks from fine authors. Info: http://www.imzadipublishing.com. 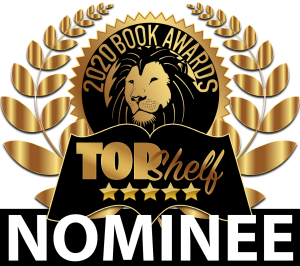 The ebook versions of the Frank Nagler Mysteries are available for .99 each. https://www.amazon.com/Michael-Stephen-Daigle/e/B00P5WBOQC

Also coming soon is the Audiobook version of THE RED HAND, read and produced by Dane Peterson.

The audiobook version of THE SWAMPS OF JERSEY is available here:

From the profile, written by Rhett Morgan: “Daigle paints such a convincing picture because in all the small cities where he worked, he saw former economic powerhouses slowly fading and corrupt developers and local politicians using the situation to their own advantage. It inspired him to create a character that wasn’t just a detective, but also a hopeful figure who could stand up to the powerful elements that were allowing crime to take root. “Somebody needed to stand up and say this is wrong,” Daigle says.

Nagler isn’t the only character with strong moral fiber, though. Daigle’s books feature a slew of strong women that challenge and push the protagonist through each case, including the savvy Lauren Fox, who’s heading up a project to revitalize downtown Ironton, and tough police officer Maria Ramirez. “I didn’t want any of them to be just pretty faces,” he says. “In the newspaper business, some of the best people I worked with were women reporters. They’re very brave, and they’re very smart.” The most important woman in Nagler’s world, though, is his late wife, Martha, whose untimely death provides him with a complex motivation—to recapture the era when she was alive and Ironton hadn’t yet fallen apart.”

From the Kirkus Review of THE RED HAND: “This dense, engrossing prequel illuminates why Frank embraces Ironton before economic decline and corruption totally savaged the town. Ironton is a character that Daigle (The Frank Nagler Mysteries: An Anthology, 2018, etc.) brings to atmospheric life in his work: “The sun had squeezed out of the mud the greasy mix of rotten plants, moldy, sweating trash, motor oil that had leaked from dismembered, rusted cars parts, and the musk of dead animals, and then compacted it.”

The author’s pacing is immaculate in this gruesome thriller, as he ratchets up the tension as each additional body is found. He also captures a portrait of a once-thriving community in chaos as fear sweeps through Ironton. While the fledgling detective often finds himself adrift while investigating the case, Frank’s moral compass never wavers, even when the town and its officials are ready to lynch an unlikely suspect. This makes him almost a lone voice in the wilderness but his gut proves right in the end. What results is a taut look back at the birth of a memorable character.

A winning origin story for one of modern fiction’s expertly drawn detectives.”

The full Kirkus Review is found at this link: THE RED HAND.