Join me at the South Jersey Book Expo, March 11

Posted on March 4, 2017 by michaelstephendaigle 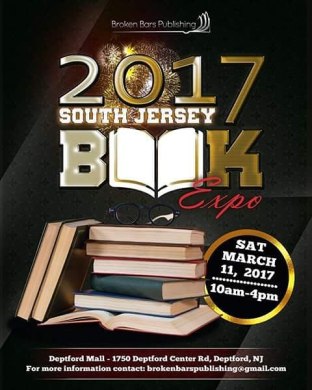 The stories detail the lives and investigations of Ironton, N.J. detective Frank Nagler.

Here’s some comments, since this post is, after all, a sales pitch.

On “The Swamps of Jersey:”

“Synopsis: Detective Frank Nagler is like Ironton NJ – worn down by life but certainly not beaten. Nagler is faced with a body dumped near the swamp that was supposed to be turned into a mall. This body, however, has no head or hands, making solving the crime much more difficult. Adding to the difficulty is the possibility that Nagler’s former 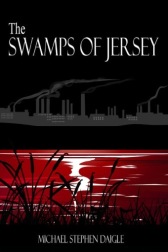 girlfriend may be involved either as a perpetrator or a victim in a political cover-up that may relate to the murder. Review: This was an interesting story with a nicely convoluted story line. The characters are also interesting in that they cause an emotional reaction – either you like them or you are suspicious of them.”

“A classic cop/reporter story written with plenty of clues, enough to keep you guessing until the end.”

On “A Game Called Dead:”

“Loved “A Game Called Dead”. I was so enthralled I literally could not stop reading until I finished it. I was eager for this book after reading Mr. Daigle’s first book in the series, but now I can’t wait for the next one. Highly recommend both of these books to everyone.”

d fans of Detective Frank Nagler, introduced in Michael Stephen Daigle’s “The Swamps of Jersey,” rejoiced to find him featured in “A Game Called Dead.”  This intricately woven thriller is dominated by an Internet  crime game that comes to life. The game will end only with the death of the one searching for the perpetuator of the game and the crimes. Breath-holding moments keep readers riveted on the outcome for their hero. — Alice Marks, author of the suspense novel, “Missing.” (A wonderful story, BTW.)

The last comment is from author Devorah Fox, whose writing is so good it both invigorates me to write better, and terrifies me that I cannot:

I greatly enjoyed the first Frank Nagler story, “Swamps of Jersey.” The writing is superb, settings so vividly portrayed as to be nearly palpable. The plot is engaging and the main character captivating. I was thrilled to learn that a second Frank Nagler story was in the works and couldn’t wait to read it.

In “A Game Called Dead,” Frank Nagler is still intriguing, a man whose sense of morality drives him to soldier on despite his deep personal pain. I may have actually hit on one of the clues well before the book ended which didn’t at all detract from the reading pleasure. The story isn’t so much a “whodunit” as a “why they dun it,” and the wide-ranging effects of the crime. I was rooting for Nagler to solve it because this very private person reveals himself in the how and why of his detective work. The only question I had left when I was finished was “when’s the next Frank Nagler book coming out?” 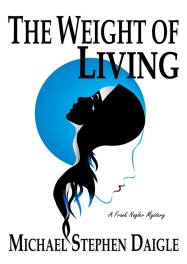 “The Weight of Living didn’t disappoint. It presents a mystery that kept me guessing until the very end. The crime involves stones that many influential people would like to see unturned, stones that have kept secrets buried for generations. Despite grave opposition and at personal cost, Nagler, driven by his moral code, compassion, and commitment to help the helpless, keeps digging until he and his worthy cohorts have uncovered the truth. I sincerely hope this series continues.”

The first two Nagler stories are available at:

I have been writing most of my life. I am the author of the award-winning Frank Nagler Mystery series. "The Swamps of Jersey (2014); "A Game Called Dead" (2016) -- a Runner-Up in the 2016 Shelf Unbound Indie Author Contest; and "The Weight of Living" (2017) -- First Place winner for Mysteries in the Royal Dragonfly Book Awards Contest.
View all posts by michaelstephendaigle →
This entry was posted in Fiction, Hot in Hunterdon; Georjean Trinkle, Imzadi Publishing LLC, Michael Stephen Daigle, Mystery Writers of America, www.michaelstephendaigle.com and tagged "A Game Called Dead", "The Swamps of Jersey" Imzadi Publishing, "The Weight of Living", Frank Nagler. Ironton. Bookmark the permalink.