How do you slice a tomato with one hand?

Posted on October 2, 2018 by michaelstephendaigle

How do you slice a tomato with one hand?

Or slice an onion, put on a shirt, take out the trash?

I’m about to find out.

I’m going to soon have surgery on my left shoulder that will result in having to keep it immobilized for multiple weeks. Sort of like being Velcroed to my side while it heals.

So, I’ve been thinking about how make adjustments in my patterns to accommodate for that eventuality. Because during some of the weeks of recovery I will be alone.

Part of the preparation is doing the outside getting-ready-for-winter things that homeowners do, and some of it is rethinking inside stuff.

Making lunch today  I came across and example: How do you open a can using an electric can opener with one hand? 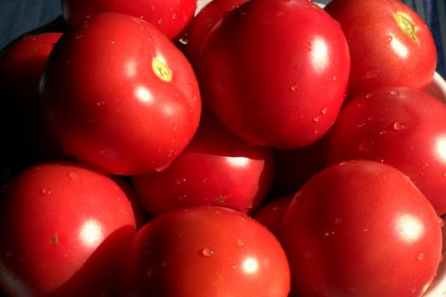 I’m right-handed, so it comes down to this question: How many times do I use my left hand, and for what?

Part of the answer is for uncountable, unconscious things. The second part is: I’m about to find out.

Some of this stuff is easy: I can  chop and store onions and peppers and other foods that can be temporarily frozen. I can scour the supermarket for canned items that also come in plastic bags that can be opened with a knife, if necessary.

I will be able to drive, once cleared, because my car, like most now days, has  an electronic transmission with an ersatz stick shift, but is basically an automatic.

Shirts will be interesting, and I think I need bigger ones that won’t require a lot of movement.

Belts will be a problem so for a while I’ll be in sweat pants (which I hate).

I know: In this world of modern conveniences, why worry about this stuff?
Because I don’t want to Uberize or GrubHub a temporary situation into an expensive and avoidable additional expense. I can make spaghetti sauce or soup for a couple of bucks and I see no reason to have it delivered for $12 a plate plus tip.

The reason all of this came to mind, beside the fact that the surgery is upcoming, is that I was watching an older man at the car dealer today. He was walking with a cane, and had a slow struggle with an outward-opening door.  About the time a couple  of people, including me, were about to open the door for him, he managed it.

So, while I’ll be inconvenienced by being one-armed for a while, what about those people, for whom a handicap or an infirmity is a permanent condition?

We think of them when we see a TV ad for wounded warriors or pass a handicapped-only parking space.

And yes, we live in a world of miracle prosthetics, but those are not available to all.

There are people who need real help, and too often we are stupidly cruel; we use an angry-faced emoji to show our displeasure when we see such acts on the Internet.

In a time when anger has become our national pastime, why don’t we think outside ourselves, feel beyond our own needs?

But mostly it’s not.

Opening a door for an old man with a cane doesn’t cost anything.

4 Responses to How do you slice a tomato with one hand?